Democracy is undergoing tumultuous and complex times with multiple risks, which have been perceived in the last reports on democracy and liberties in the world (Global State of Democracy Report by International IDEA and Freedom House). These reports raise concerns and set a warning to strengthen electoral authorities within democratic processes.

We see with great concern that electoral democracy is being affected by those democratically elected governments which have imprinted their issues and failures when it comes to meeting the needs of the people. There is a clear disenchantment with democracy, which results into apathy. This is particularly dangerous because it fosters the advancement of populist rhetoric.

Consequently, we deem of the outmost importance to create a synergy among international organizations, and electoral authorities and bodies from around the world to promote an intellectual and institutional mobilization to strengthen electoral democracy in the world. This is the main goal of the Summit for Electoral Democracy through the conduction of regional Forums: Africa, America, Asia, Europe, and countries of the Arab States, which will take place within June through August, culminating with the Global Forum, which will take place in September. 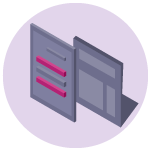 As part of this global initiative promoted by the 18 international partners, the Global Summit of Electoral Democracy will be held from September 20 to 22.

The purpose of this Global Forum is to develop a global process for the reflection, debate, and proposal on the great challenges that democratic regimes face nowadays, in particular, those related with the importance of the independence, autonomy, and credibility of the electoral management bodies as one essential element for the integrity of elections and their results, as well as for the democratic  governance of our societies.

The Regional Forum will be held on August 16. (GMT+2)
This Forum will analyse  the advances and challenges of electoral democracy in Arab  States, particularly in the nascent democracies of this region. They will include the topics of digital platforms and freedom of expression.

The Asia Regional Forum was held on August 11. (GMT+5:30)
Representatives from India, Philippines, South Korea, Nepal, Maldives and Uzbekistan participated in this event.
The main topic of analysis and reflection of the forum was inclusive elections. The importance of the participation of young people and citizens in remote areas was addressed, as well as accessibility for people with disabilities and senior citizens.

On this Forum  participated representatives of EMBs, electoral and political association of Africa, civil society and electoral experts.

The main topics that were discussed are:

This forum joined electoral experts of America to  discuss  the main challenges that faced the region.

The topics that were analyzed are:

The first Regional Forum, framed on this initiative,  was the European Forum, which held on June 8 and 9 on Budapest, Hungary.

It accommodated a meaningful discussion between electoral experts on timely topics of elections such as:

The lauching ceremony of this initiative was held on March 18